Some choice words for diabetes

Type 2 diabetes was once known as adult-onset diabetes. But now that term is outdated: increasingly it is a condition that begins in childhood.

Between 2000 and 2009, the rate of type 2 diabetes in American children jumped more than 30 percent – and it is climbing especially fast among children from poor and minority families. The prevalence of type 2 diabetes doubled in the past decade among black children and tripled among Native American children. Black and Hispanic children have eight times the risk of developing the disease compared with others.

Faced with these dire numbers, health experts and arts educators have teamed up to try a novel approach to preventing the condition in young people. The campaign, called The Bigger Picture, aims to get teenagers and young adults to view the diabetes crises in their communities not just as a medical problem related to poor diet and a lack of exercise but as a social justice problem tied to stress, poverty, violence and limited access to healthy and affordable foods.

08/01/2018 / 3360
People with diabetes have nearly double the risk of heart disease and are at a greater risk of developing mental health disorders such as depression.... Continue reading 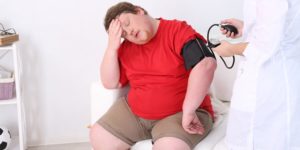 Health Risks of Being Overweight

08/01/2018 / 3431
Overweight and obesity may increase the risk of many health problems, including diabetes, heart disease, and certain cancers. If you are pregnant, excess weight may... Continue reading